It seems that within the last ten years, there has been a massive explosion in the advancement of technology. Everything seems to be wireless. Cell phones continue to advance – they’re getting “smarter”, faster, more mobile. They allow us the opportunity to be increasingly more productive, efficient, and connected.  There are so many benefits to this new Wi-Fi/Technological age. I am not here to discredit any of them.

But are there any risks?

Despite the general consensus, there are thousands of studies indicating the risks and adverse effects of Electromagnetic Fields. In 1979, the first publication showed that children who lived in homes where there was excessive exposure to EMFs coming from power lines in the street were at elevated risks of developing cancer. Since then, the conclusion that power line EMFS are associated with elevated rates of childhood leukemia have been confirmed in at least three meta-analyses (1). Adults have also shown a similar increased risk. 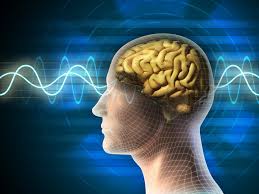 The BioInitiative Report (2012) shows an exhaustive list of studies, citing multiple health effects.  The following are just a few of the reported health effects (4,5):

The problem is that we do not know the threshold below which there is no increase in risk, mostly because no one in this modern society is unexposed. We don’t know any one single mechanism whereby EMFs cause cancer, nor do we know with certainty what other diseases are associated with EMF exposures. But we do know that brain tumor risk (glioma) starts at only 260 hours of cumulative, lifetime exposure. Risks more than double when phones have been used for 10 years or longer, with ipsilateral (one-sided) use and 2000 or more hours of lifetime use. (1,2). Risks are actually highest for the 20-29 age group.

To emphasize the significance of these scientific studies, we only have to look at how other governmental agencies are looking at them. Several schools in England and France have dismantled their Wi-Fi systems. In late 2007, the French National Library removed all Wi-Fi systems in Paris due to health complaints from staff. (5). In fact, starting September 2018, mobile phones will be banned from primary, junior, and middle schools. France’s education minister called it a matter of “public health,” and starting September 2018, students won’t even be allowed to use them on breaks, at lunch, or between lessons either (6).

In Russia, the Ministry of Health advises that no one under 18 should use a cell and in Israel, cell phones must carry the caution that the “Health ministry cautions that heavy use and carrying the device next to the body may increase the risk of cancer, especially among children.” (7).

So why isn’t there any real concern here in the United States?

Well, in the United States, there hasn’t been any real study since 1998, well before it became widespread. However, in European and Asian nations, the studies have continued (3). There is a lot of avoidance of this issue in the United States due to the vested interests. But the tide may be slowly changing. Just recently California has taken the initial step to acknowledge the potential risks of EMFs. While California doesn’t specifically say that cell phones are dangerous, they do point to the multiple studies that suggest that the radio frequency energy may be linked to things like cancer, lowered sperm count and memory loss (8). They even note that kids may be more at risk from RF energy because they have thinner skulls and developing brains (8). In fact, studies suggest that if a child uses a cell phone consistently from childhood to adulthood, they have a 590% increased risk of developing a brain tumor by the time they reach the age of 29 (3).

EMFs are so pervasive. We are exposed in our homes (via appliances, lighting, and home grid systems), in our schools, at work, and in our public spaces. It makes it difficult to avoid EMFs, unless you are one of the few to live “off the grid” in some remote location. 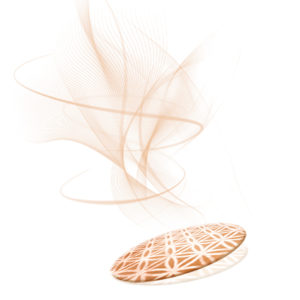 While there are some crazy claims for EMF protection products, there are actually some really great ones as well. I utilize energyDOTs on all my wireless/mobile devices and I place them on my children’s devices. It’s a low cost, non-harmful way to mitigate the amount of EMFs we are exposed to. What I like about them, are the clinical studies.  One showed the improvement in WBCs when wearing an energyDOT while using a mobile device vs not wearing an energyDOT while using a mobile device (9).  Non-energyDOT user’s WBCs clumped in a pathologic pattern while using their mobile phone, vs the user who utilized an energyDOT.   Because I strongly appreciate the studies associated with these products, I offer them to my clients. However, even without these products, there are other ways to protect yourself.

It is vitally important to utilize the practice of “Prudent Avoidance.” This is the practice of taking steps to reduce exposure that is neither outrageously expensive nor difficult. (1). These include: (1,2,5,6)

Ultimately, until the general American public is willing to acknowledge the risks, and become willing to inconvenience themselves by using alternatives to Wi-Fi and other EMF devices, then we will continue to make snail-like progress in developing adequate regulations that protect our health. In the meantime, I encourage you to do yourself a favor and do your due diligence. It won’t hurt you to utilize prudent avoidance, but it does remain to be seen just how aversive the effects will be if you don’t.

Kaleena Francois Henry has her Masters in Clinical Medical Science and is a certified Holistic Health Coach by the American Association of Drugless Practitioners, is a Certified Essential Oils Coach by the Essential Oil Institute, is a Certified Mind-Body Eating Coach by the Institute for Psychology of Eating, and is a current nutritional student at the Integrative Functional Nutrition Academy.  She is the founder of and wellness coach at URENÜ LLC, helping people change their wellness with a change of mind.

Essential Oils – Medicine from the Past

Toxic People and Emotions Can Literally Make You Sick

Our products & services are not intended to diagnose, treat, cure, or prevent any disease. The information provided on and accessible from this page/website is for informational purposes only. URENÜ LLC, and its affiliated staff and representatives, do not provide or prescribe any diagnosis, treatment, medication or remedy. You should consult with your healthcare professional before starting any diet, exercise, supplementation or medication program. The US FDA has not evaluated any statement, claim or representation made on or accessible from this page/website. Nor has the FDA evaluated any food, product or service mentioned on, or available from or through, this page/website. URENÜ LLC shall have no liability as a publisher of information or reseller of any products or vendor services, including, without limitation, any liability for defective products. URENÜ LLC makes no guarantee or warranty of any kind, express or implied, with respect to products, information or services sold on this website, or the operation of this site. URENÜ LLC and its suppliers disclaim all warranties, express or implied, including but not limited to, implied warranties of title, merchantability, fitness for particular purpose and non-infringement.